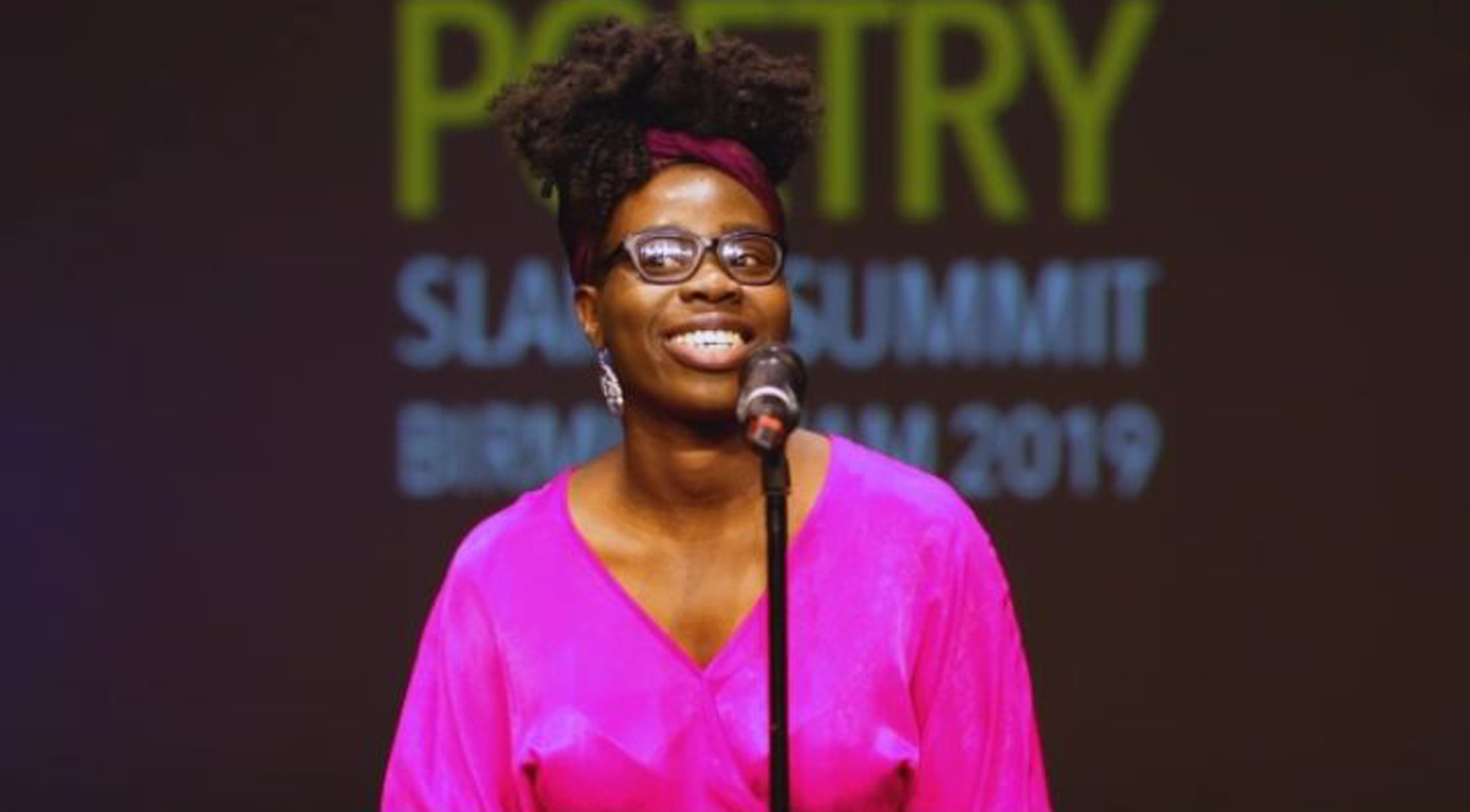 Dami Okhiria, also known as The Gannette, is a slam champion, medic and comedy connoisseur. As the president of the Sheffield University Poetry Society, Dami co-hosted All Mic Long and has a strong record of delivering powerful performances. Winner of Slam of the North 2019 and Say Owt Slam Champ, the spoken word artist has performed across Yorkshire, including on BBC Radio Sheffield and the Speakers’ Corner stage at Tramlines. This year, Dami has been commissioned by the University of Sheffield to write and perform two poems. One was co-produced with Amy King and addresses hate crime (watch video), while the other is a solo contribution to the University’s graduation content (watch video). These works are a testament to the writer’s poetic flexibility and capacity to observe different social phenomena, express them in writing and bring them to life in front of the camera.

However, I believe that the greatest example of her ingenious artistry is Punchline (watch video below). In this performance poem, Dami and the audience embark on two parallel journeys; traversing a river of consciousness on two overlapped strings, each representing a different layer of the poem. On the surface, Punchline is a compelling comedy lesson, using hilarious examples to illustrate key points and to put theory into practice. In the state-of-the-art laboratory of spoken word poetry, Dami skilfully dissects the body of a good joke into five parts: the premise, timing, dramatisation, broader commentary and the punchline. The listeners resemble a tutorial group entranced by their facilitator’s intellect. A swift yet smooth change in consciousness occurs midway through the performance. The audience becomes aware of a second string, one buried deep into the fabric of our patriarchal society. While maintaining their captivation, Dami builds upon the listeners' trust and emotional availability and exposes them to the disturbing reality of domestic abuse. With this poem, Dami demonstrates the ability of art to shift mindstates and invite reflection, instead of hostility.

The following conversation is part of a series of interviews with Sheffield-based poets, created in collaboration with Otis Mensah.

How would you describe your work?
My work is currently an eclectic collection of responses to things that have happened in everyday life – to myself or the people I have love for. It is often hard-hitting with humour interspersed.

How do you choose the themes you work with?
I feel like my themes often choose me. It can be rather difficult to control our experiences of the world – whether it’s the weather, people’s reactions to our presence, our choices or our words. So given that most of my work is responses to everyday experiences my themes are decided by events that evoke the strongest feelings in me, these include mental health, healthcare in general, racism, and women’s issues.

What are you working on at the moment?
I’m currently working on creating more content. Specifically, around my experiences in healthcare, as that makes up majority of my daily life now and I think it’s important to write what you know. I’d love to produce a pamphlet too, so I’ll be working towards that in the near future.

Who, what or where should be better known in Sheffield?
All Mic Long, an open mic night run by the Sheffield University Poetry Society, is a truly open and nurturing space to share and consume local poetry. I might be a little biased because it’s essentially my baby since I created the night last year with my co-president Amy King (an ace poet!). It's been taken over by a new committee of wonderful and dedicated students with lots of great ideas for the night and for the society.

Verse Matters are a feminist art collective in Sheffield that run events at Theatre Deli every two months. They showcase diverse talent from poetry to music and a lot in between, prioritising voices that aren’t often heard. It’s another lovely and supportive place to enjoy spoken word and other performance art forms. Their next event is coming up on the 7th of November in collaboration with Jess Green.

Obviously, the Peaks are right at our fingertips, but don’t forget the parks! My faves are Crookes Valley Park, Endcliffe Park and the Botanical Gardens.

What would you change about the city?
This is tough, Sheffield is great and I’m really enjoying my time here! I also love how inclusive and friendly the spoken word/poetry scene I’ve experienced in Sheffield is, it’s so encouraging! I do miss the £1 single bus tickets for students though, so maybe bring that back? That’ll be fab. 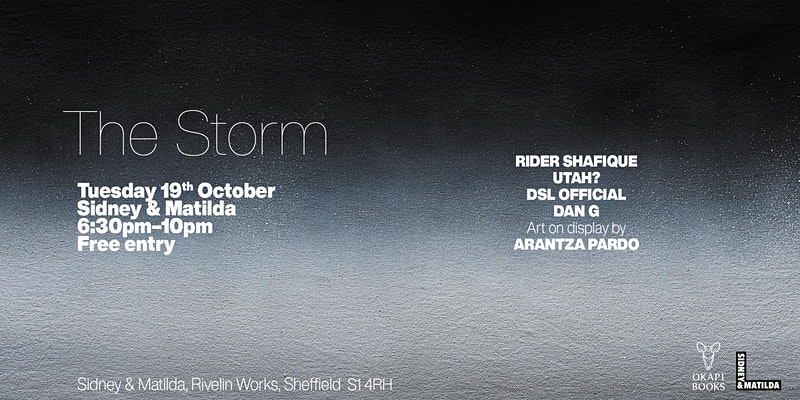 Join author Akeem Balogun for an evening of readings, conversation, music and art to celebrate his award-winning book The Storm – the first publication from Sheffield-based Okapi Books. 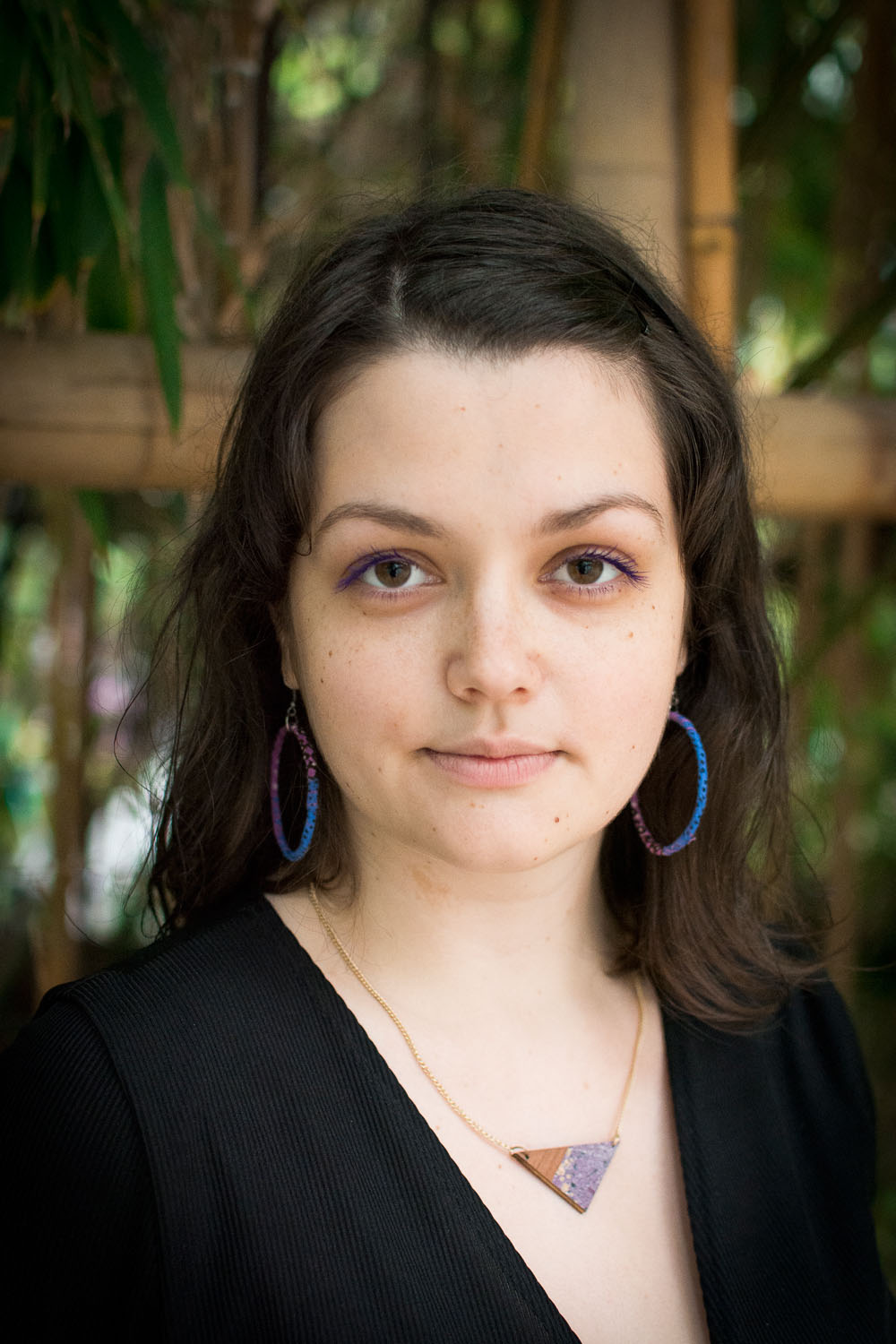 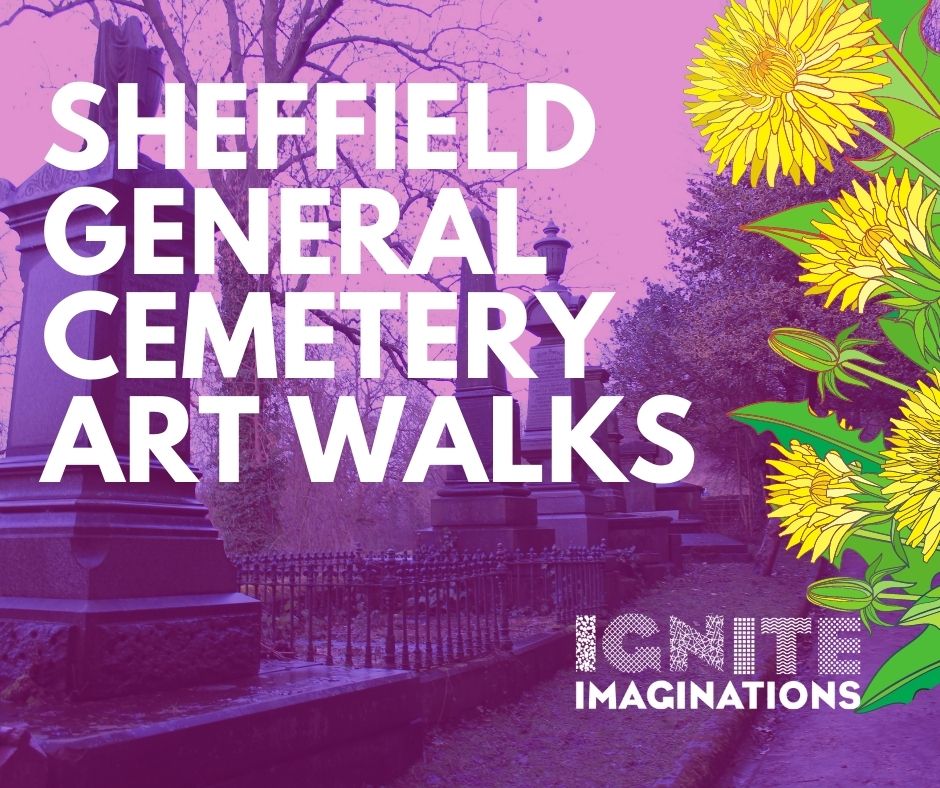 Take inspiration from the human stories of people buried in the cemetery as well as from the natural environment of the park, to create original poems or the bones of short stories. 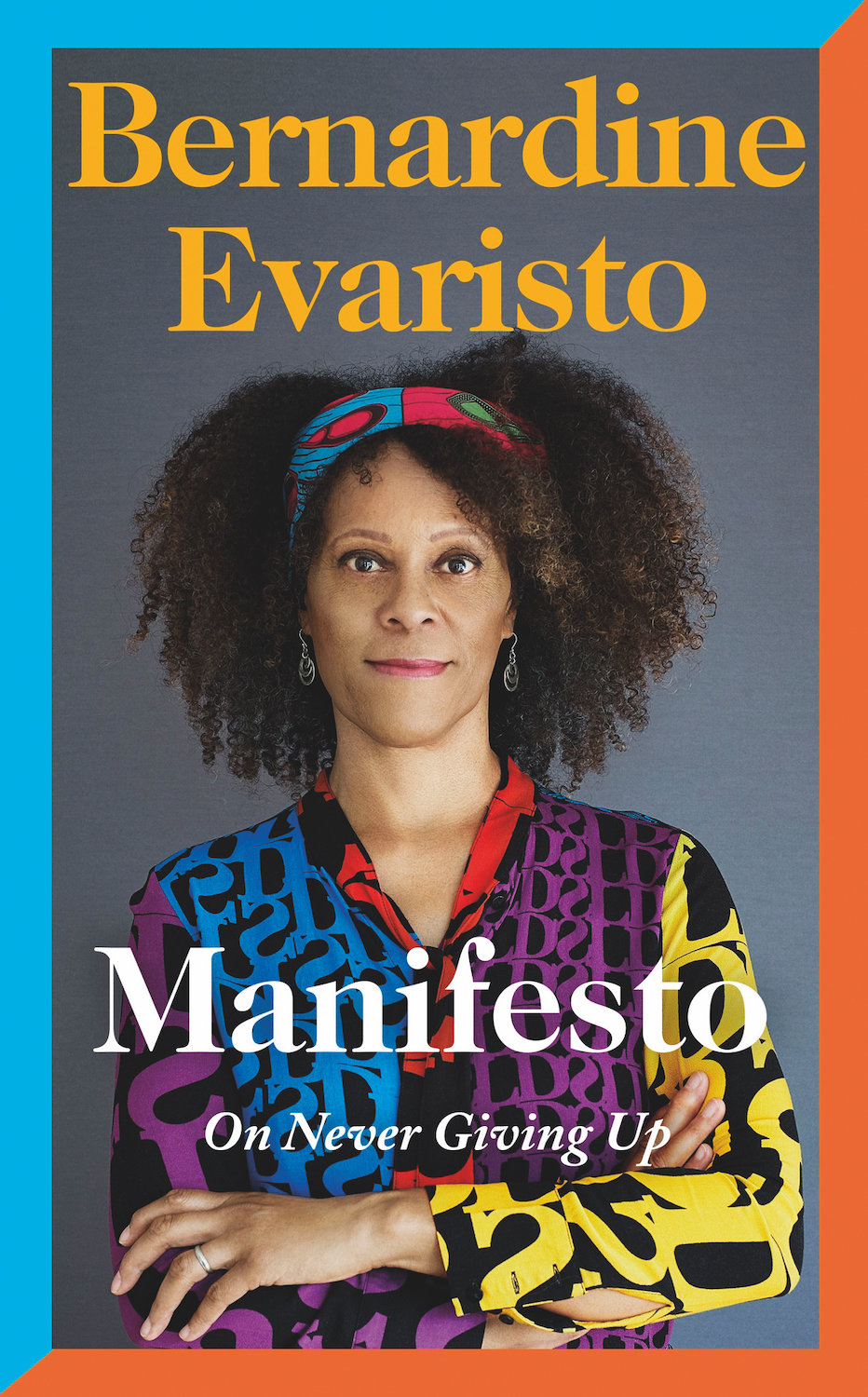 Novelist, poet, screenwriter, essayist, literary critic, professor, member of Black Writers’ Guild and former vice-president of the Royal Society of Literature, Bernardine Evaristo shines a light on her journey as a trailblazer, writer and activist.