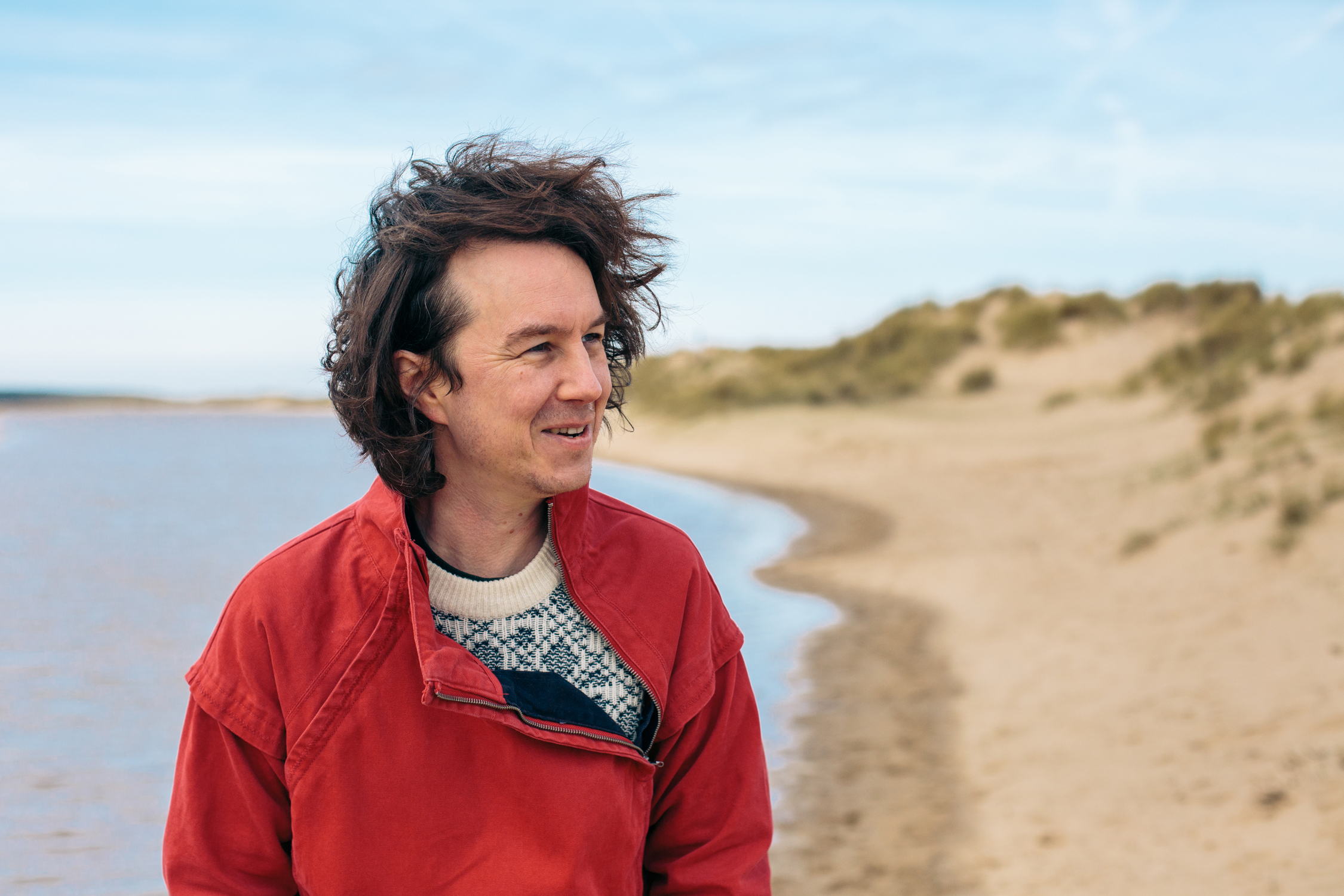 We caught up with electronic artist and new Sheffield resident Leafcutter John ahead of his performance at the Algo/Mesh night at DINA for this year's AlgoMech festival (17-19 May).

Like many labelmates on Planet Mu, John’s music is completely unique to him. He blends analog synthesisers, unedited field recordings, processed sounds and audio textures borrowed from folk music – holding it all together with instruments he builds himself.

Algo/Mesh will see John perform his latest album Yes! Come Parade With Us! in full. The album itself is comprised of manipulated recordings from a 60-mile walk along the Norfolk coast, but for the live performance John brings it to life through a fantastical, self-built controller. The Light Controlled Musical Interface system is exactly as it sounds: a box of light-reactive sensors manipulating John's audio samples through torches, bulbs and strobes. It’s an idiosyncratic visual treat that compliments his live performance.

Read on to get to know John better before catching him live this Saturday.

How would you describe your work?
I'm an instrument builder and musician who's interested in working with field recordings and synthesisers. I make light-controlled interfaces which allow me to perform my material by using light to manipulate sound.

How do you choose the themes you work with?
They often seem to find me. In my day-to-day life I try and stay open to things that might become interesting musical themes or ideas. My partner Antonia suggested I take my recording equipment with me on our walking holiday down 60 miles of the Norfolk coast. As we made our way along the costal path the rhythmic feel of walking, the sound of the environments we passed through and some little synthesiser sketches I had on my phone began to gel in my mind. By the time we'd finished I knew more or less what my next album would sound like and couldn't wait to get into the studio to make it a reality.

What's your workspace like?
I work in the attic of my rented house in Sheffield. I can write music there or use it as a workshop. I'm not the world's greatest tidy-upper and I like starting and swapping between projects pretty regularly so there are bits of musical equipment, unfinished electronic circuits, pencil sketches and traditional instruments lying about. To me it's a creative jigsaw puzzle. To Ant it's a bit of a health and safety nightmare!

What, who or where should be better known in Sheffield?
I'm pretty new to Sheffield so I'm still discovering its wonders. The Social Club in Crookes is my new local and they've been really warm and welcoming. Plus they have loads of live music on which can be pretty spectacular (Thor Gods of Rock with on-stage pyrotechnics for example!). Ant discovered a really good curry stall The Bhaji Shop in the Moor market which is totally delicious!

I think Alex McLean is a real Sheffield gem. Over the years I've been introduced to so much interesting music through him and his events. He's a researcher, musician, and software developer (TidalCycles) and puts on really fascinating concerts (AlgoMech and Algorave). Alex always stands out to me because he puts so much effort into finding ways to create and promote diversity and equality at his shows, which always feel welcoming whatever is on the bill.

What would you change about the city?
The first thing I would do is move all my friends to Sheffield! I've really fallen for the city and surrounding areas. The people are friendly and helpful and having the Peaks on my doorstep is like a dream come true. The other night Ant and I were walking up the hill to our place in Crookes and she suggested Sheffield could do with a series of lifts, a bit like you might get at a ski resort. I reckon she could be on to something there?

What are you working on at the moment?
My record Yes! Come Parade With Us? just came out on Border Community Records and I'm currently on tour in the UK in support of it. I'm also producing a record by Ed Dowie which is incredibly poetic and beautiful. I don't think I've ever heard anything quite like it before so it's hard to convey in words what it sounds like. I loved his last record, The Uncle Sold, which came out on the cult Lost Map records. Somehow the space and tranquility of Sheffield seems like the perfect place to work on his new material. My next piece of music will be about Sheffield and I'd like to work with some local musicians on it – so if you're interested, please do get in touch! 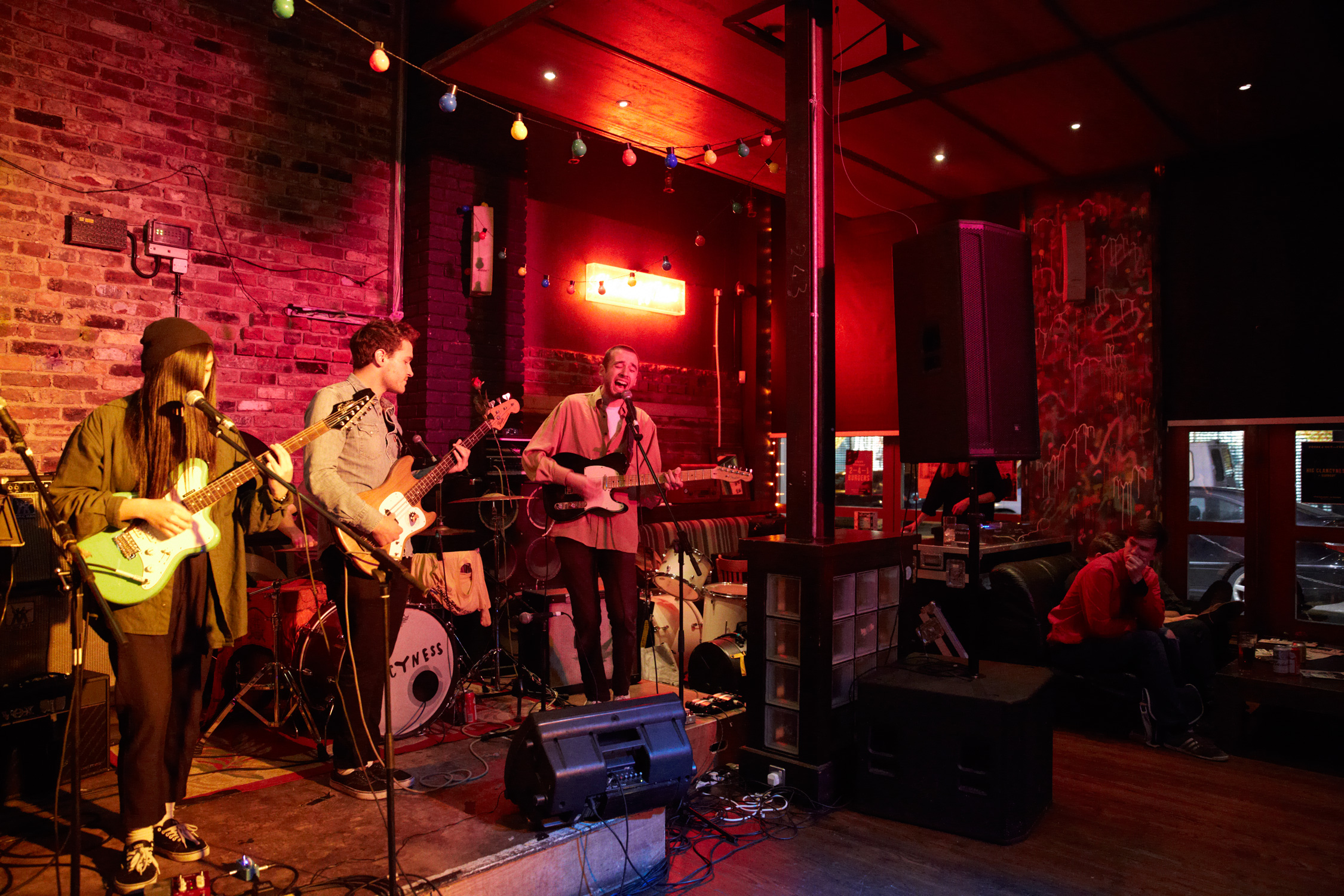 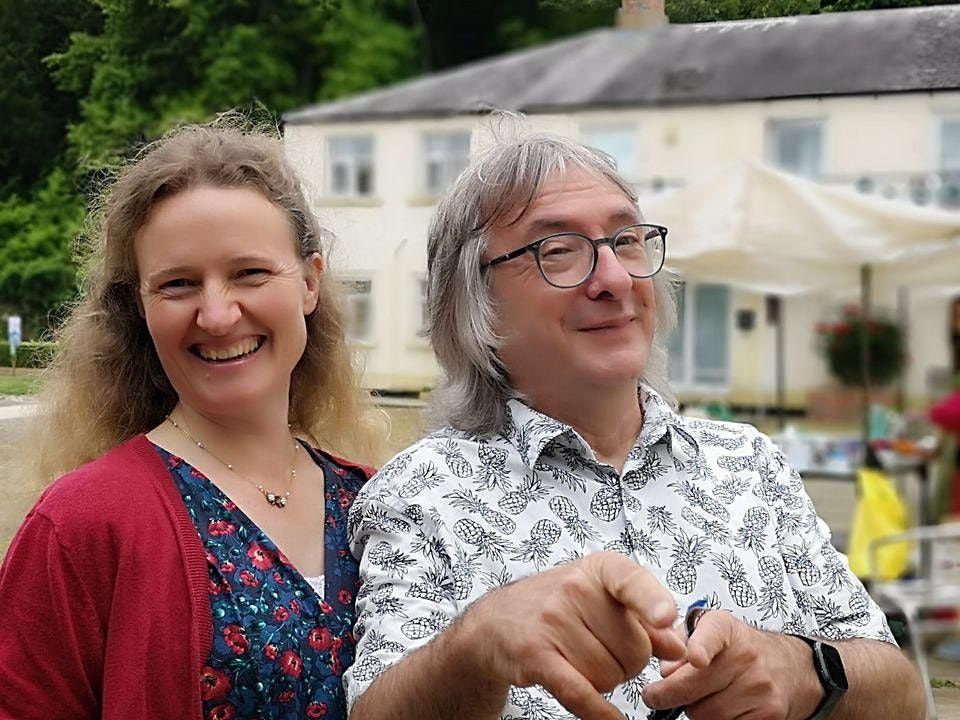 A varied evening of classical and folk music in the intimate setting of Bishops' House in Meersbrook Park. 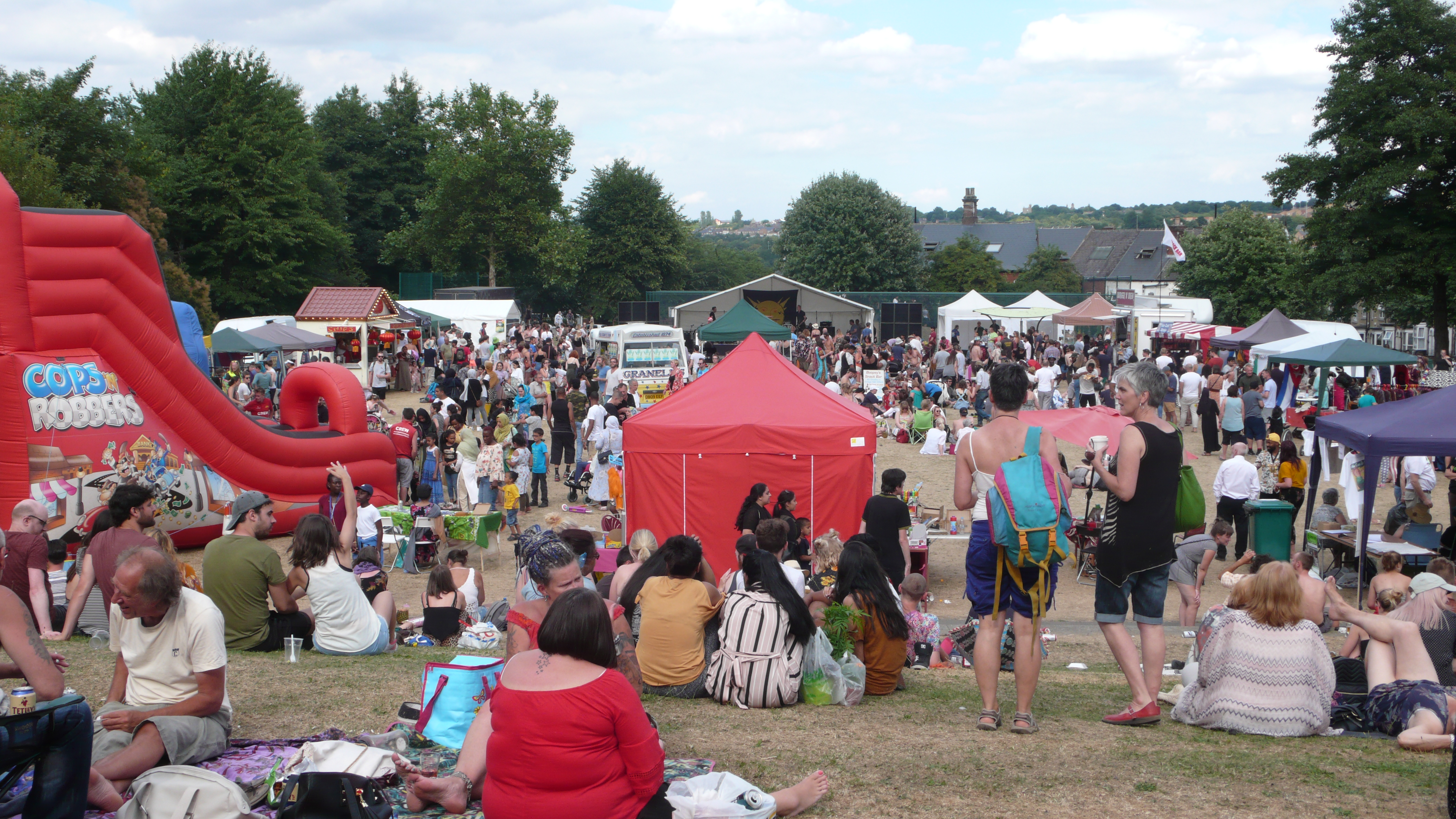 Sharrow Festival has been a special part of its local community since 1996. Join in the family-friendly celebration of the area's culture and diversity. 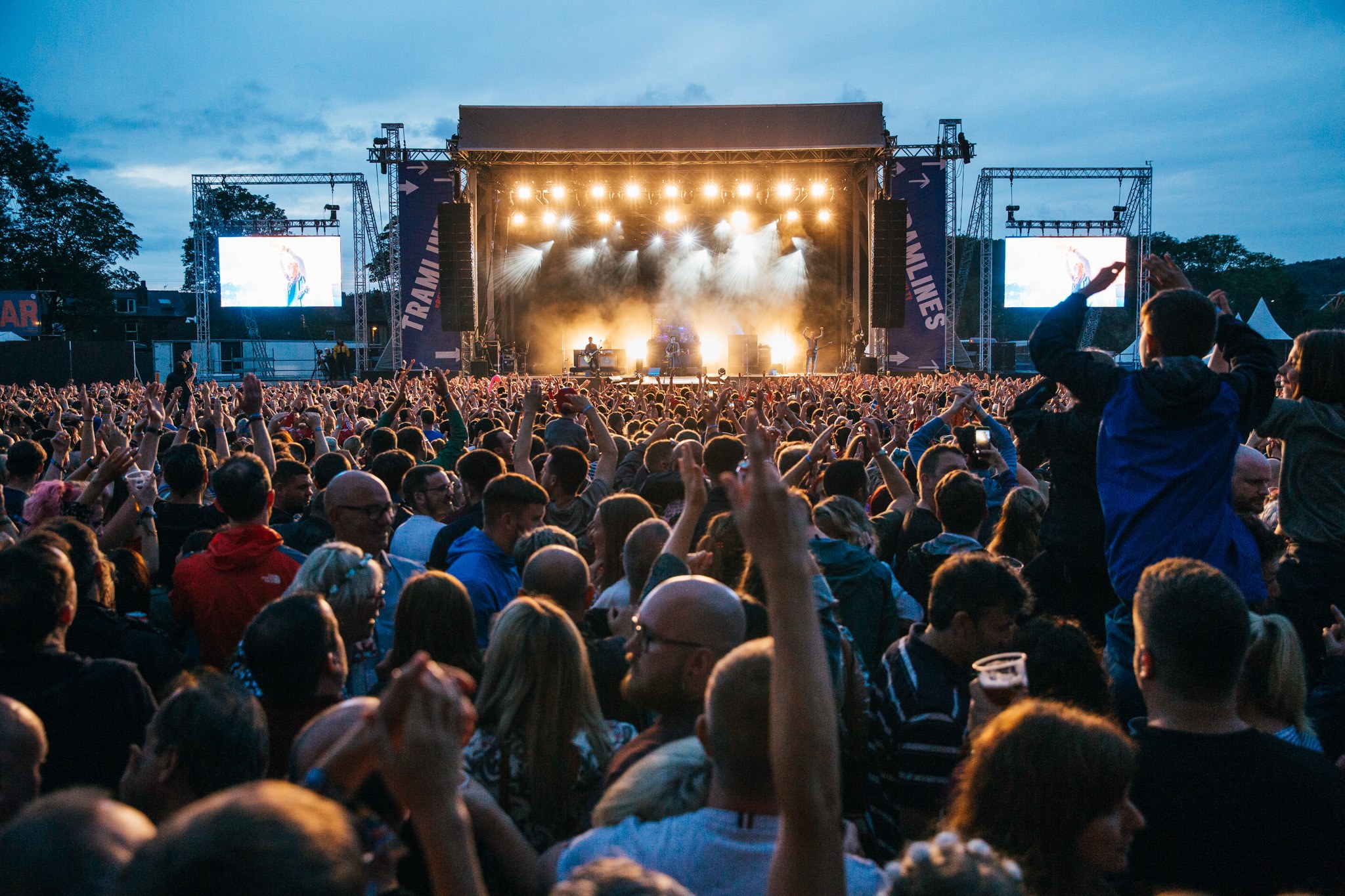 A three-day summertime celebration of music.